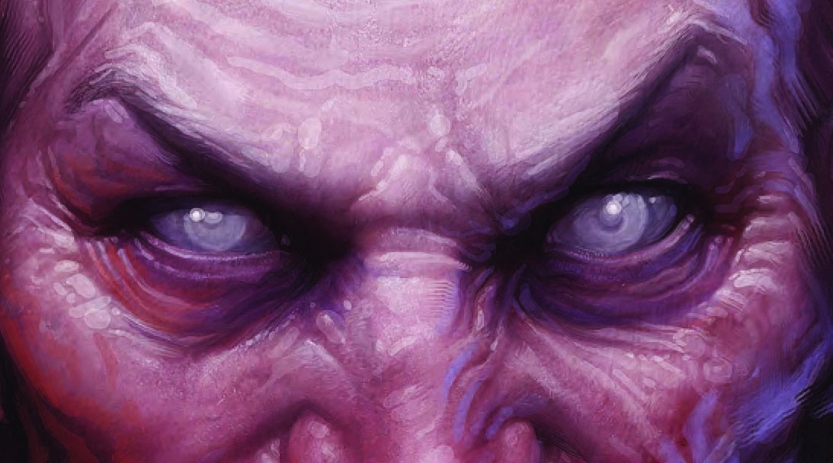 So while we wait for tomorrow’s scheduled One-Page Scenario release, I thought I’d tease your gaming appetite a bit. Welcome to my first rpg review. – Matt

Chaosium’s newest release is Reign of Terror, a supplement for Call of Cthulhu set in the eighteenth century during the French Revolution. Written primarily by Mark Morrison, this 128-page supplement contains two adventure scenarios. The first is a “secret scenario” to Chaosium’s epic Horror on the Orient Express campaign, which takes players from London to Constantinople in an attempt to collect and destroy an evil artifact. The second scenario is original to this volume, I think, and uses the investigator characters from the first adventure.

Before I extol Reign of Terror’s (many) virtues and reprove its (few) flaws, I have a disclaimer; my players are just beginning Horror on the Orient Express and will very likely read this review. As such, so as not to spoil their delight in the upcoming game sessions, I must remain vague when discussing the details of Reign of Terror. Those who have played Horror will likely see through my vague descriptions, but I’ll do my best not to spoil it for those who haven’t. But to those who haven’t I’d like to say, “Oh, you should play Horror on the Orient Express, you really should.”

Reign of Terror is set just before the French Revolution, and then later during its days of blood and beheadings. Marie Antoinette is alive during part one and five years dead in part two. Part one is a self-described “living handout,” an extended, playable version of one of the many handouts offered to the investigators during the longer Horror on the Orient Express campaign. In Horror, this particular clue helps the investigators, while they are in Paris, in gaining the first part of the Sedefkar Simulacrum, the multi-part artifact that they must collect and destroy. Morrison and team expand this clue into a one- or two-session scenario, that, while fairly linear, turned out to be “actually a lot of fun to play,” according to the scenario writers. All the necessary parts to keep the clue viable in Horror are included in the scenario, alongside one of the campaign’s most memorable and horrific villains, who also graces the cover illustration. Part two takes the same six pre-generated characters from part one and throws them into a related but separate adventure. Gone are the canonical Horror NPCs used in part one, replaced by others who, while not iconic, are interesting and almost equivalently terrifying. I say “almost” because the villains in Horror are really top-notch and hard to match. Appendices follow parts one and two that offer more information on playing during the French Revolution, ten period-appropriate occupations for those who want to make characters instead of using the pre-gens, and ten scenario seeds for other adventures. Like many CoC supplements, Reign of Terror closes with player handouts and sheets for the pregens.

There is a lot to like in Reign of Terror. First, it’s a beautiful book. The layout and illustrative work is extremely well done, and Chaosium’s concentration on nicely produced books is readily evident. It contains beautiful maps and even finer pictures. The map of the Palace of Versailles is stunning, but the full-page picture of the palace on the accompanying page is even better, as it instantly gives us a visual of the palace. The writing itself is equally well done, which one can’t always say for role-playing books, and the text is both informative, well-organized, and a pleasure to read. Morrison’s love for this work shines through, and a reader easily recognizes the care and painstaking attention he and his team spent on this project. The level of historical research is staggering, yet the book never reads like a poor-man’s history. Rather, the historical detail is seen in the many, many examples and fine points and personalities that fill the book. Many if not most of the additional story seeds seem drawn from the historical record, and I’d be surprised if the named characters didn’t actually exist. The adventures are absolutely genre appropriate. There are some very disturbing scenes, very frightening moments, and times when the players — the actual players — will want to run screaming from the room. It’s scary and it’s creepy and it’s gross and it will definitely give your more impressionable players nightmares. Just like it ought to. I haven’t played it, but I believe the author when he says that it truly is “a lot of fun to play.”

Like anything, there are parts that aren’t as good as the rest. Because part one is based on a handout clue from Horror, it’s very linear. It has to be in order to retain the information of the clue and keep it viable in the 1923 Horror campaign. A such, It doesn’t seem that the players have a lot of choice in their actions or agency in the narrative. If they somehow do take the scenario off-course, considerable advice is offered to return it to its intended agenda. The players can’t actually kill the villain, primarily because he’s needed later in Horror. But they do have to neutralize him, to keep the handout accurate. If they can’t, other NPCs can. Because of this linear plot, it sometimes seems as if the author offers one set piece after another merely for the players’ viewing. The second adventure doesn’t suffer this fault, because the investigators can (and ultimately will) kill the villain. Its weak point is its reliance on a fairly insignificant scene from part one providing the clue to defeat the villain in part two. Offering the players a Know roll is one of the suggestions to figure out part two, a device that, while sometimes necessary, I never liked. I feel it’s my failure as a keeper if the players don’t have any clue as to how to proceed in an adventure. A final quibble, and remember these are quibbles and not glaring faults, is that the beautiful maps are fairly low resolution.That beautiful map of Versailles is blurry in my pdf reader.

Should you buy this? Yes, absolutely. The pdf is cheap as these things go, and you certainly get your money’s worth. I bought it and I’ll be buying the book as well. Reign of Terror works just fine as a pair of standalone scenarios, and a keeper isn’t required to have Horror on the Orient Express. With a little extra effort, a keeper can turn these two scenarios into a campaign itself, using the offered story seeds for many sessions of play. I can’t comment on how well it works as an additional scenario for Horror, because we’ve only begun the campaign and are not at a point to add additional material. I should say that the group is diverging into the optional adventure, “The Blood Red Fez,” another scenario that is essentially an extended handout, and we might add Reign to the queue of scenarios that get played. It’s a beautiful book, it’s interesting, informative, and fun to read, and I have a feeling that it’s great at the gaming table.

Here’s the link, take a look, and then make a Sanity roll.