Reckoning of the Dead‘s been pretty quiet these past few months, and we wanted to fill you in on what’s been happening. We’ve both been really busy!

First, we’re changing the release schedule for our one-page scenarios to make them monthly. While the weekly releases were both challenging and ambitious (and we made it work for quite a while!), as more and more projects landed on our plates, we found that we simply didn’t have time to do them justice. So we hope you’ll keep checking in with us, and we’ll have a new one-shot for you later in March. (Give us a follow so you don’t miss it!) Going along with this, we’re streamlining our Patreon to a single $1/month support tier.

All right, now for the round-up.

Matt’s had quite a few cartography projects recently. With map-making his current creative outlet, he’s changed his study into a studio, adding a drawing table, a light box, and a lot more Copic Multiliner pens. His most recent acquisition is a Wacom Intuos Pro pen tablet, and he wonders how he ever got along without it before. You can find Matt’s maps in Terror Australis, Chaosium’s updated version of a classic Call of Cthulhu supplement, and Shadows Over Stillwater, which features writing by Kevin Ross, C.L. Werner, and Mike Mason.

Also, Matt’s been hard at work with his “World’s Edge” worldbuilding campaign for Pathfinder Second Edition. Here’s a handout recapping some of his players’ recent plunder.

As far as Noah goes, he’s plugging away at a new scenario for the Miskatonic Repository, which he’s hopeful will come out this summer. (But who really knows?) Our friends at Into the Darkness have been playtesting it for us, and we’ll be sure to let you know when their videos come out, closer to the scenario’s release date.

Additionally, Noah has a new pay-what-you-want scenario, for Cthulhu Reborn’s Dateline: Lovecraft line, which released last month. You can find a rules-free version here, or a version statted for Call of Cthulhu 7th Edition nested in the announcement here. Noah also did the copy editing for a new DMs Guild Adept product that came out just a few days ago, written by M.T. Black, James Introcaso, and Greg Marks: Mirt’s Undermountain Survival Guide. 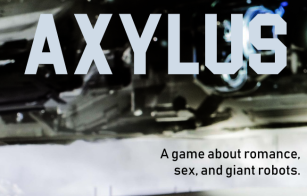 Finally, Noah recently wrote a new micro-game for the Emotional Mecha Jam, a game jam over on itch.io. The game is called Axylus, and it’s about the romantic relationships of super-robot pilots, after they’ve returned home victorious.

Thanks for sticking with us, and we’ll be back later this month!

Reckoning of the Dead has a Patreon! If you like what we do, please consider donating. Just a dollar or two a month can make a profound difference. Also, don’t forget to follow the blog by clicking the ellipsis in the upper corner of this page! You can follow us on Twitter and Instagram @reckonthedead, and we also have a Facebook page.